Motor Trend Technical Director Frank Markus recently shared some insights on the Tesla Cybertruck’s eventual production. Markus was recently on the Autoline After Hours panel discussion with Munro & Associates CEO Sandy Munro and recapped some of the highlights.

For example, when discussing the tooling cost for 50,000 Cybertruck bodies per year: “Sandy sees stainless-steel blanks entering the facility in a couple of sizes, from which they are cut either via water jet or laser (water would be his preference, so as not to risk altering the steel’s heat treatment). The blanks will then be handled manually and formed on press breaks or very simple stamp operations (using manual load, clamp, break, and possibly manual tack welding) and then structurally fastened via robotic TIG welding. There would be no major paint shop, as chassis and other non Class-A surface parts that require paint or other corrosion protection would arrive painted or powder-coated by the supplier.

Curious how these figures change for 600,000 bodies per year? Then head over to the Motor Trend article here:  https://www.motortrend.com/news/tesla-cybertruck-electric-pickup-will-cost-build/

According to AutoBeat journalist Gary Vasilash, Elon Musk is a clever man.

In a recent article, based on a recent Autoline After Hours interview, Vasilash writes, “although according to the portion of the Tesla website where you can place an order for the Tesla Cybertruck (all you need is a $100 refundable deposit) indicates that ‘production nears in late 2021,’ the amount of speculation regarding the vehicle since unveiled at the Tesla Design Studio in LA on November 21, 2019, has been so great that it would take multiple years for any other pickup truck to accumulate that degree of interest.”

The Cybertruck certainly got Munro & Associates CEO Sandy Munro’s interest. He says when it saw it, “it was love at first sight.” He loved it even more when he ran the numbers.

According to Sandy, the CAPEX to product 50,000 units per year would be $30 million … a “mere fraction of the cost that is required by any other truck on the market.”

Further, according to Sandy, the Cybertruck uses a remarkable engineering approach: “rather than a body-on-frame (typical of pickups) or a unibody construction (most cars and crossovers), the Cybertruck construction is an exoskeleton. With the exception of closure panels, which are added on, the rest of the vehicle—as in the front and rear fenders—is structural.”

For more on Musk’s clever engineering – and Sandy’s thoughtful analysis – you can click here: https://www.autobeatonline.com/articles/sandy-munro-and-the-tesla-cybertruck

It was “love at first sight,” according to Munro & Associates CEO Sandy Munro. As an avid off-roading and hunting enthusiast, when Sandy first saw the Tesla Cybertruck he was love-struck.

Sandy recently discussed his thoughts on the Cybertruck on Autoline After Hours. Joining him on the panel was Host John McElroy, Frank Markus of Motor Trend and Gary Vasilash of AutoBeat.

During the almost 1.5 hour segment (side note: a number of fans commented there should be no broadcast time limit when Sandy is on!), Sandy discussed a number of topics pertaining to the tooling cost of the Tesla Cybertruck. And, according to his analysis, it can be manufactured at a mere fraction of the cost that is required by any other truck on the market.

Check out Sandy’s full analysis here: https://www.youtube.com/watch?v=_uRwZRPQ8RE and his follow-up comments and clarification regarding the paper instrument panel, which can be found here http://www.autoline.tv/journal/?p=65721.

P.S. Ever wondered what Elon Musk, co-founder and CEO at Tesla, thinks of Munro’s analysis? Well, wonder no more!

In a recent tweet, Musk shared “Munro’s analysis of Tesla engineering is accurate, both pro & con. I think he will appreciate some elements of the Model Y body design.”

Even though Model Y shares most of its parts with Model 3, the design is still supposed to feature some interesting manufacturing improvements, and it will go into production before the Tesla Cybertruck.

Munro & Associates has updated the pricing list of its Tesla Model 3 teardown and benchmarking study report.

➡ To view the new pricing details and the updated prospectus, visit: https://leandesign.com/pdf/Tesla-3-Analysis-Sales-Information.pdf.

Wheels 24 recently posted an article discussing why the Tesla Model 3 is the absolute ‘car of the decade.’ According to author Lance Branquinho, “it is a vehicle of strange contradictions. By the time Tesla had finally managed to deliver its Model 3 to customers in late 2017, the market for mid-size sedan cars had shrunk dramatically. Despite this, Tesla’s Model 3 has proven boundlessly popular, with surging global demand.”

According to Branquinho, its popularity is due to the vehicle’s “unrivalled” fundamental engineering. “Not even the most technically regarded German brands have managed to produce something with comparable performance or originality of design in terms of powertrain. Tesla’s batteries might be Panasonic’s doing, as part of a joint venture, but the electric motors are their own design and absolute genius.”

The article goes on to use Munro’s assessment of the Model 3 to further his assertion: “Engineers who have dissembled the Model 3, most notably American powertrain specialist, Sandy Munro, quickly discovered that although the bodywork design was poor, everything else is decades ahead. Much like a smartphone, almost any issue with a Model 3 can be diagnosed and remedied by over-the-air updates, which completely revolutionizes the convenience of ownership. You don’t need to seek a dealership to plug-in for diagnostics or wait for an afternoon to hear what the fault code is.”

One of the primary ways the Tesla Model 3 distinguishes itself from its competitors, such as the BMW i3 and Chevy Bolt, is the superior handling performance. It shows that even though Tesla is competing on a similar pricing level, they are willing to spend a significant amount more on the suspension on the vehicle to impress their customers.

Background: Every OEM spends its money differently on systems throughout the vehicle. Some spend more on interior trim or seats or NVH control. In the Model 3, Tesla spends its extra money on the suspension.

Data: The Tesla Model 3 spends $924 on its suspension versus the BMW i3 at $731 and Chevy Bolt at $642. Part of the cost in the suspension is due to the heavier weight of the Model 3, but the main difference is in the design of the rear suspension. The Chevy Bolt offers the simplest rear suspension with a fixed twist beam structure. Both the Model 3 and i3 have five link suspensions, but the i3 mounts the linkages to support structures on the frame, while the Model 3 has a full cradle with a stabilizer bar.

Methodology: The Munro team removed the front and rear suspension modules from each of the vehicles, and mapped the final assembly time and cost using Munro’s Design Profit® software. The modules were then torn down so the assembly process time and cost could be calculated. Lastly, each part was analyzed to determine the fabrication steps involved to create the parts for the suspension, all of which was documented in Design profit.

On time and on budget – these are the goals of every product launch team everywhere – yet how many actually achieve this goal?

With more than 30 years of experience that cuts across virtually every segment of the manufacturing industry, Munro & Associates has consistently saved companies billions of dollars.

One of the reasons for Munro’s success is its ability to attack the root cause of all producibility inefficiencies – the product design – with its proprietary Wall Process®.

The Munro Wall Process® is an advanced visual project and risk management tool that unites design, engineering, manufacturing, and finance to help new projects and redesigns deliver on time and on cost by identifying and solving root cause problems before they fester throughout the product development process. The simple color coding system and score cards makes for instant and unapologetic pinpointing of current pressing issues; making for fast and comprehensive executive overview.

Due to the Wall Process’ visual nature, it prevents different departments hiding or hoarding information critical to planning and development while creating a knowledge sharing system that is vastly superior than what exists in many manufacturing companies today.

Wonder how it can help with your project? Chick here for more information about Munro’s Wall Process and other project management solutions: https://leandesign.com/program-management/.

Side note: this does not include the cost to assemble the engine, which could be supplier or OEM assembly costs.

Data: The BMW i3 REx system can be estimated to drive approximately $45.61 in OEM assembly costs for installation and assembly of the system components into the REx module. This drives the need for approximately 35-40 more workstations in the assembly plant.

Methodology: Munro’s Design Profit® software has a built-in scoring system that allows users to analyze handling and interaction times when assembling parts. Munro uses this scoring system, along with a library of industry standard fastening and operation times, to generate an estimated time and motion study for the assembled parts and work cells that are required. Then, in order to generate assembly costs, that assembly time is matched with a work cell rate for the require operator and equipment. 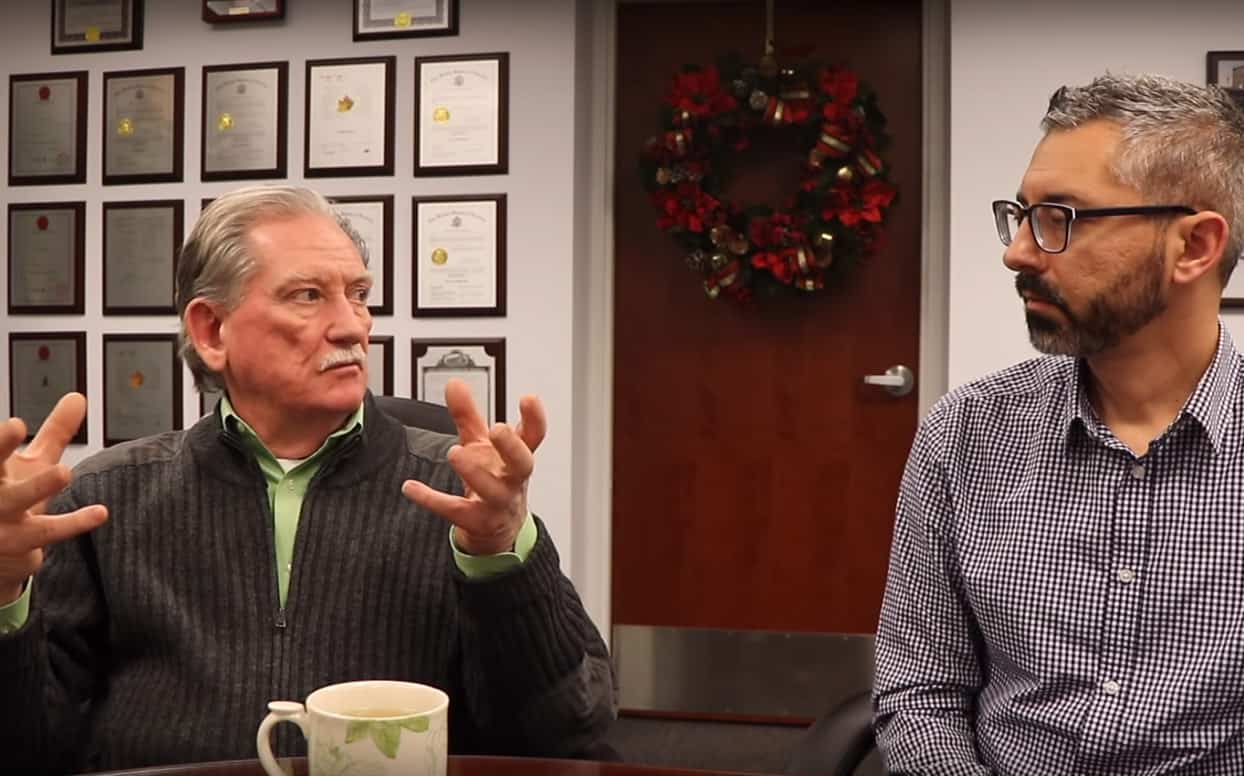 All Things EV’s Sean Mitchell was back at Munro & Associates for a great discussion with CEO Sandy Munro. Check out the in-depth discussion that covers a variety of topics, including:

Sandy brings a lot to the discussion – including bullets! – when discussing the skin of the Cybertruck. Here’s a link to the full video: https://youtu.be/koNaFUuIjk4.

Munro & Associates CEO Sandy Munro recently shared his first impression of Tesla’s Cybertruck with E for Electric after watching the abridged version of it’s unveiling in the following video: https://www.youtube.com/watch?v=zLwjAj53PL0.

Check out the 15-minute segment for interesting insights about the Cybertruck, including:

The video also announces that Sandy has committed to being a once-a-month guest speaker for E for Electric. Stay tuned for future segments!